And Now U Know

BANCROFT, WI - With an expanding organic line, a new label, and another potato harvest under its belt, Wisconsin-based grower and shipper RPE, Inc. is putting another banner year in the books. As such, I checked in with the company to discuss the highlights of the program for the remainder of the year. 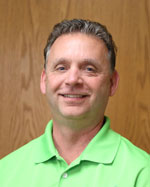 According to the company, as demand increases towards Thanksgiving and the holidays, retailers can expect fairly stable pricing on new crop potatoes. Though rain was an issue and impacted harvest times and quality in a few areas, this year saw a nice quality crop with an average yield, in a wide variety of size profiles. The year is expected to wrap up nicely with good supplies for the rest of 2016. 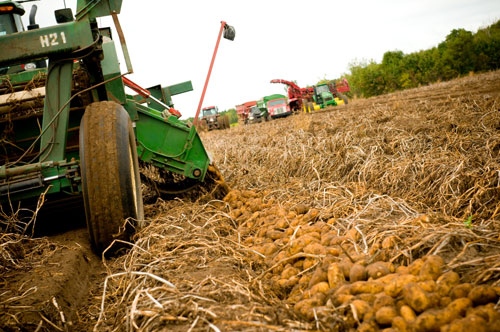 For retailers in the Midwest, this is a great opportunity to cater to the conscious consumer and market a locally-grown regional program. With RPE offering a range of varieties from russet, red, yellow, and fingerling potatoes to choose from, retailers can promote spuds from across the spectrum.

“The holidays are just the occasion to promote large bags of local russet potatoes,” Shell added. “Deep discounts on large bags of potatoes can be traffic drivers, and smaller discounts on other potato and onion items can help boost sales and margin.” 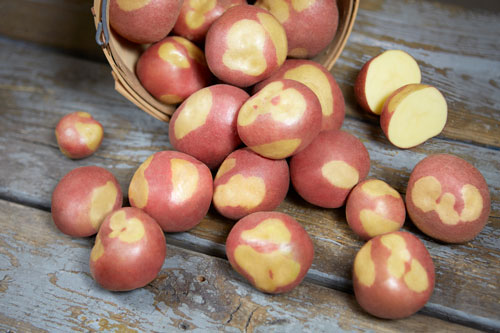 In addition to the company’s robust potato offering, RPE is bolstering its organic line through an exciting new opportunity with organic sweet potato growers in Mississippi. This development is a benchmark for the company, whose organic growing operations now span six states. Since the launch of the RPE organic program in 2009, the organic land base has increased over 6000%.

To top off the year, the company saw the launch of its Tasteful Selections™ Take & Shake™ cups, along with the new Season & Savor™ trays in a cornucopia of flavors.

These convenience options are great for on-the-go consumers looking for unique culinary experienceswhile satisfying cravings with a healthy alternative.

How else can retailers cue the conscious consumer in fresh produce? Stay tuned as AndNowUKnow covers this and more.